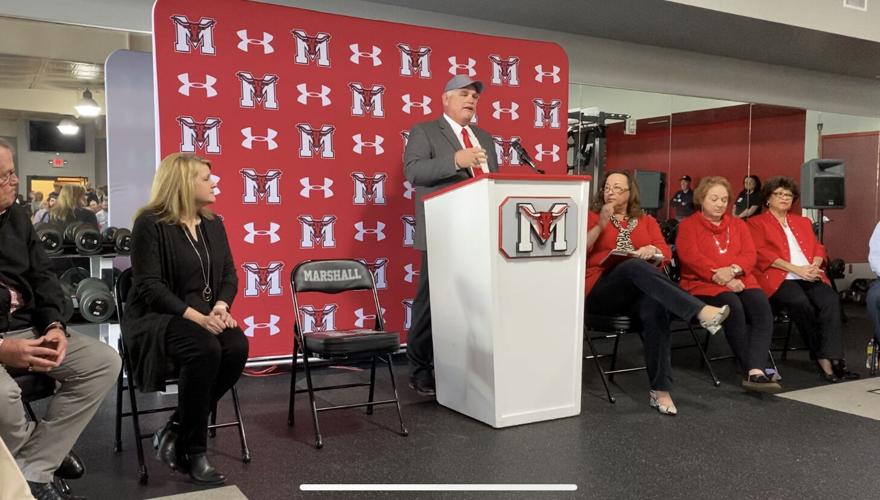 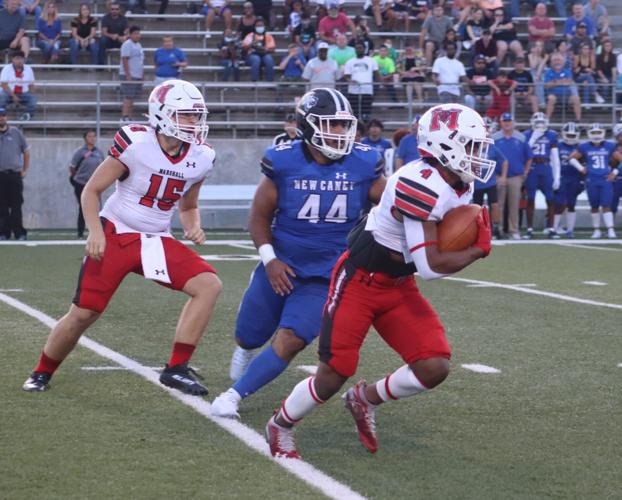 JQ Davis carries the ball against New Caney. The Mavericks football team will be under the direction of head coach and athletic director Jack Alvarez.

JQ Davis carries the ball against New Caney. The Mavericks football team will be under the direction of head coach and athletic director Jack Alvarez.

Editor’s note: One in an occasional series spotlighting the top moments from area high schools and colleges.

This past January, Jake Griedl resigned from his position as Marshall’s athletic director and head football coach to take the head coaching job in Bastrop. In February, he was replaced by Jack Alvarez who came from Cuero.

“My family is all up here and Kim’s family is all up here,” Alvarez said at the press conference where he was announced as Marshall’s new athletic director. “It was one of those deals. I always tell the kids faith, family and football. I got an opportunity to be able to come to a place like this and the tradition they have and be the head football coach and be closer to family. It was just a good fit for us.”

“I’m excited to get started with them, see what they can do, what we can do,” Alvarez said.

Nathan Hague has been the sports editor of the Marshall News Messenger since 2014. His passion for sports along with the realization he would never play them professionally led him to to a career of covering sports and the people who play and coach them.