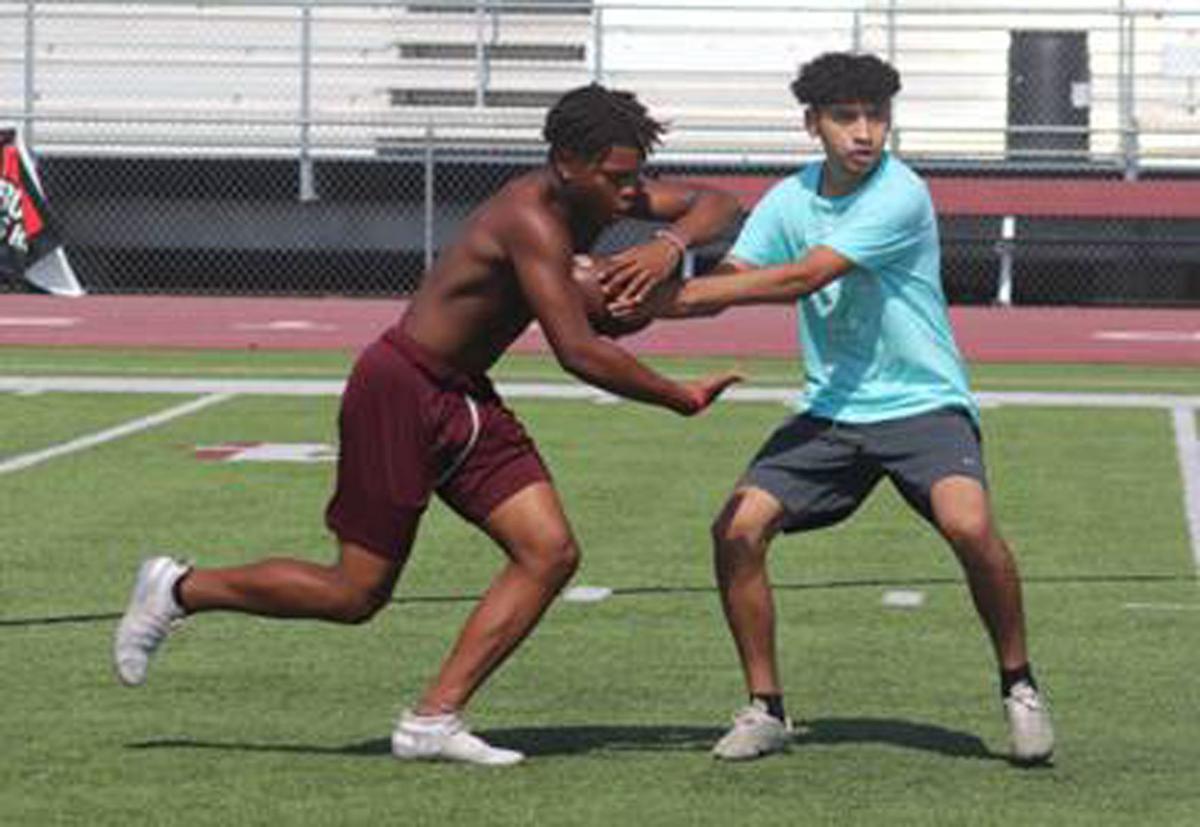 Waskom’s Anthony Zuniga hands off to Tsean Hamilton on Wednesday at Wildcat Stadium in Waskom. 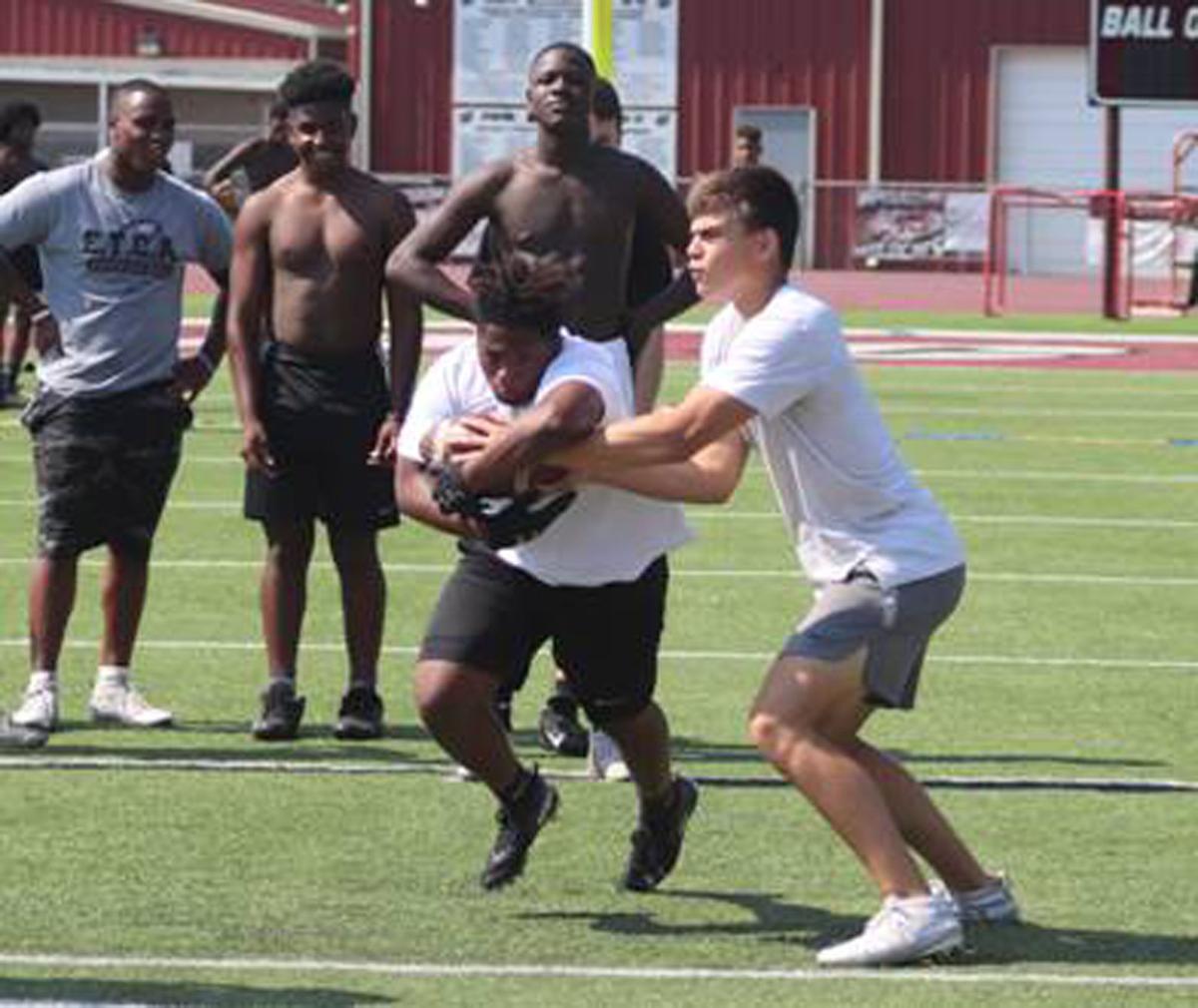 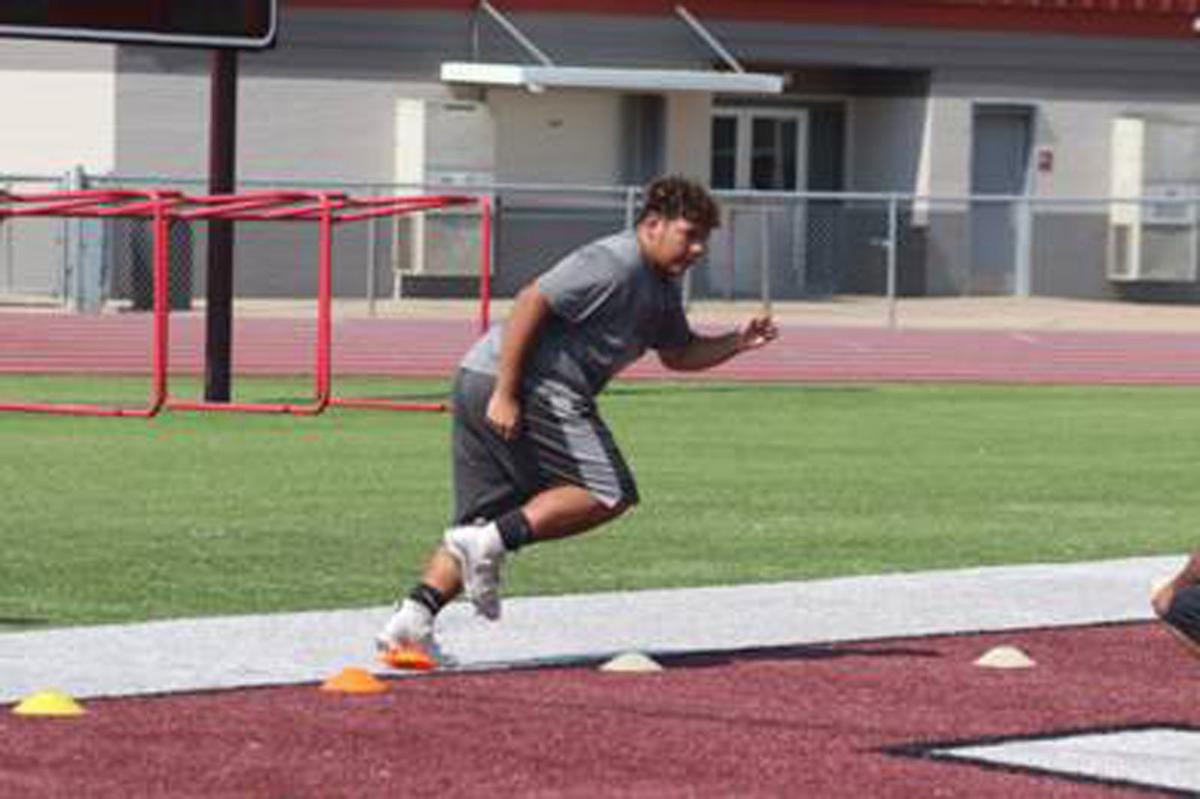 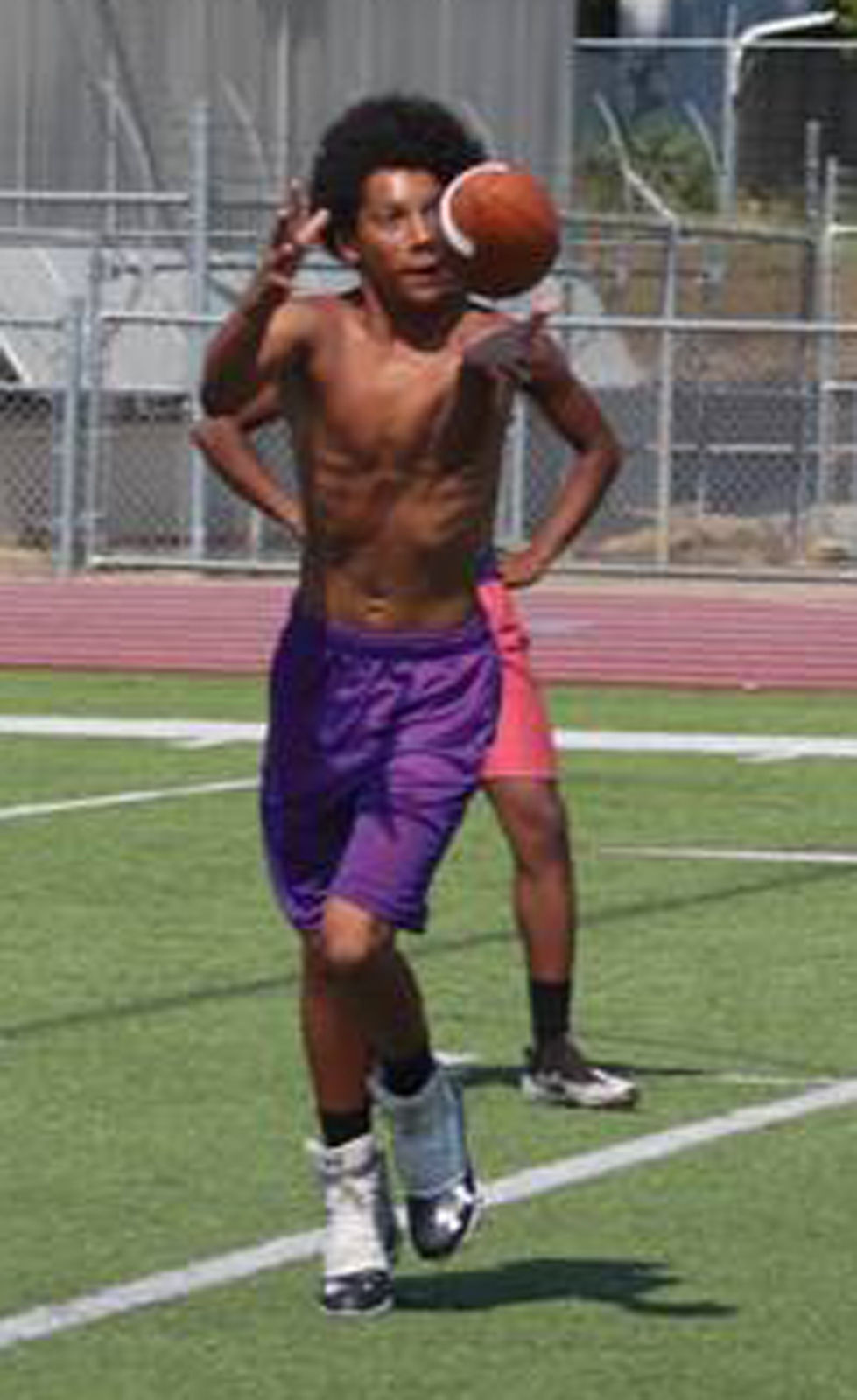 Waskom’s Anthony Zuniga hands off to Tsean Hamilton on Wednesday at Wildcat Stadium in Waskom.

“We’ve had great participation,” Keeling said. “The kids actually came in a little better shape than I anticipated, to tell you the truth. Luckily, the first week was really nice weather. It was in the 80s. This week has been a little bit hotter but we’ve adjusted our times according to that, trying to keep the kids safe, as far as the heat part of it.

“For the most part, our kids have been healthy other than just colds or whatever. We’ve tested the temperatures ever day and nobody has been above the temperature limit.

“I feel very confident that we’re doing everything possible to avoid any reoccurrence or anything. We clean the weight room three times a day. We encourage our kids to wash their hands and roll on.

“The first week, junior high included, we averaged about 85,” Keeling added. “This week we’ve averaged about 70 because we’ve had quite a few kids playing summer league baseball for the younger guys, so that’s the knocked the number down a little bit. For the most part, all our high school kids have been coming. Some of them have missed because of work and stuff like that but predominately, they’ve been here.”

Keeling said both the kids and the coaches have enjoyed being around each other.

He said so far, they’re just focused on getting back in a routine.

“We’re just trying to get their bodies used to lifting weights again, running and conditioning,” he said. “We’ve done some review stuff as far as the football part of it goes. We’re not out there running a full practice or anything like that but our kids are getting out there, running around, throwing and catching.”