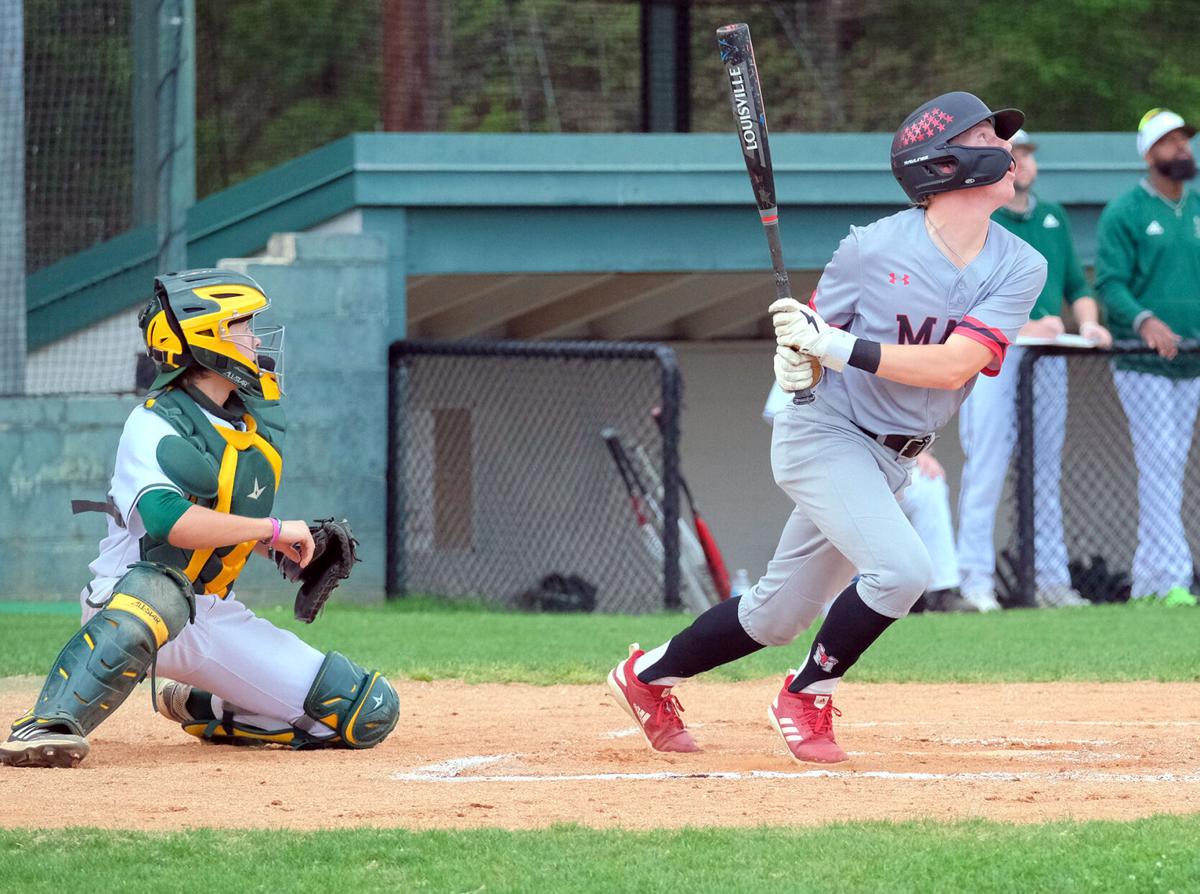 Marshall’s Jim Weaver makes contact with a pitch in the Mavericks’ game against the Longview Lobos. 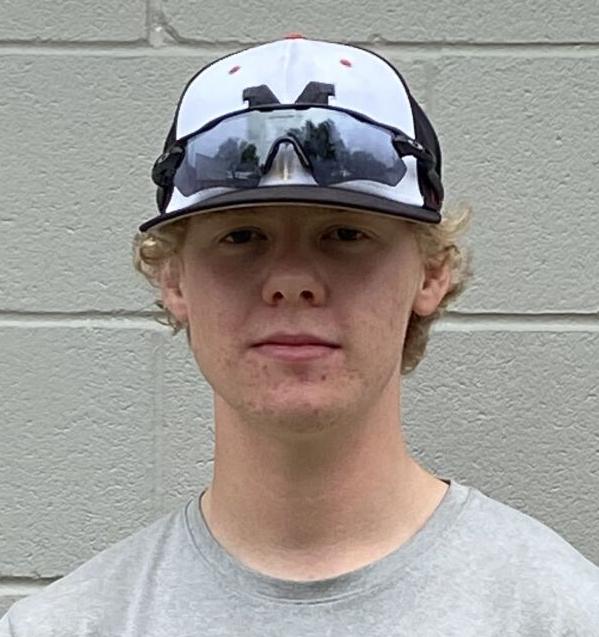 Marshall’s Jim Weaver makes contact with a pitch in the Mavericks’ game against the Longview Lobos.

Marshall’s baseball team has four regular-season games left and tonight, the Mavericks will look to take a big step toward the playoffs with a win over Sulphur Springs.

“We’re half a game out of fourth place,” Marshall head baseball coach Derek Dunaway said. “We’re 4-4 and Sulphur is 5-4.”

Not only would a win over Sulphur Springs tonight put the Mavericks above the Wildcats but it would help Marshall gain revenge from earlier this season.

“We played well against them up there,” Dunaway added. “We had a lead and gave it up in the last inning but we’re a totally different team than we were at that point just because we’ve got some momentum and we’ve got some confidence and the guys are playing really well right now. They know what to do and they know the expectations. They just go out and play the game of baseball, take the fear out of it and just go have fun and play.”

“We’ve just got to stay together as a team,” Marshall senior Jim Weaver said. “We think the only team that can beat us is us. If we stay together, we’re good to go.

“We’ve just got to go out and do what we did the first couple innings but carry it on throughout the whole game,” Weaver added. “We got the lead early and kind of let off the gas, which kind of let them back in, which led them to walking it off on us. We’ve got to come out early and keep our foot on the gas.”

Marshall had nine out of 10 games decided by one run but Weaver is confident those experiences can help the Mavericks make an appearance in the postseason.

“We take those as a learning experience knowing we’re battle-tested for future games,” Weaver explained. “For example, the last T-High game we played a few weeks ago, it was a one-run game in extra innings. We knew we were ready for it so we weren’t nervous or anything.”

“Everything these guys have been through this year has prepared us for these upcoming games,” Dunaway offered. “We’re playing well at the right time.”

“I’d say we’ve really just built on learning how to win those one-run games,” Weaver continued. “We’ve just been on that bubble and I feel like the past two or three weeks we’ve learned how to get over that bubble and winning the past three games.”

Weaver is well aware that he has underclassmen looking to him for senior leadership.

“We don’t like to get onto people but if something has to be said, it’ll be said and of course, I’m always looking to lead by example, showing the right way to do things to the younger guys,” the senior said.

“He started as a sophomore for us at second base and obviously last year got cut short,” Dunaway said. “He really came along. Leadership-wise, he knows the game of baseball and can really be a leader on the field, making everybody aware of a situation. He’s really come along pitching wise. He gives us another option out of the bullpen. He had pitched some in the past but he really commands the ball really well and has a great breaking pitch now.”

Weaver is 2-1 from the mound where he has one save. He has allowed 10 runs on 13 hits, six walks, seven hit-by-pitches and 20 strikeouts. From the plate, he has reached on 12 hits and 14 walks. He has scored nine runs to go along with 10 RBI and owns a batting average of .197.

“He has hit so many balls right at people this year,” Dunaway said. “If you look at his batting average, it doesn’t seem that well but we keep a quality at-bat average and he’s top three on the team. For some people, looking at a batting average, that would drag them down but he’s worked through it and continues to bat in the two-hole for us and do a lot of good things at the plate.”

When asked how he hopes to be remembered by his teammates, Weaver said, “I’d like for them to remember me as someone who’s a hard worker and someone they can always look to in times of need. If they ever need anything, I’ll be that guy to help them out.”

When the senior steps up to the plate, he does so with the song, ‘Dream Weaver’ playing over the stadium speakers.

The name is also how he chose his jersey number.

“My name is Jim Weaver and I’m the third so I’ve always been No. 3,” he explained. “My dad played up here too. He played second as well in high school.”

After high school, Weaver plans on attending Baylor to major in business with hopes of one day starting his own business. In the meantime though, he’s looking to help lead his Mavericks to a victory tonight over Sulphur Springs, followed by a playoff berth.

Tonight’s contest between the Mavericks and Wildcats is slated for a 7 p.m. first pitch in Marshall.