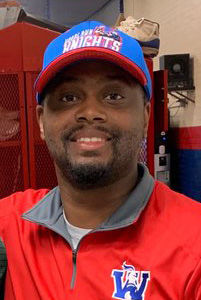 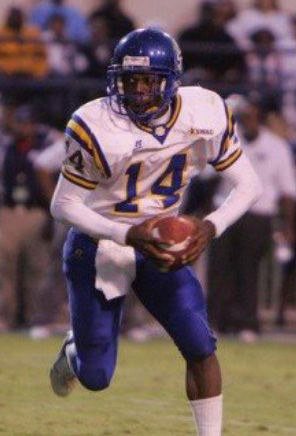 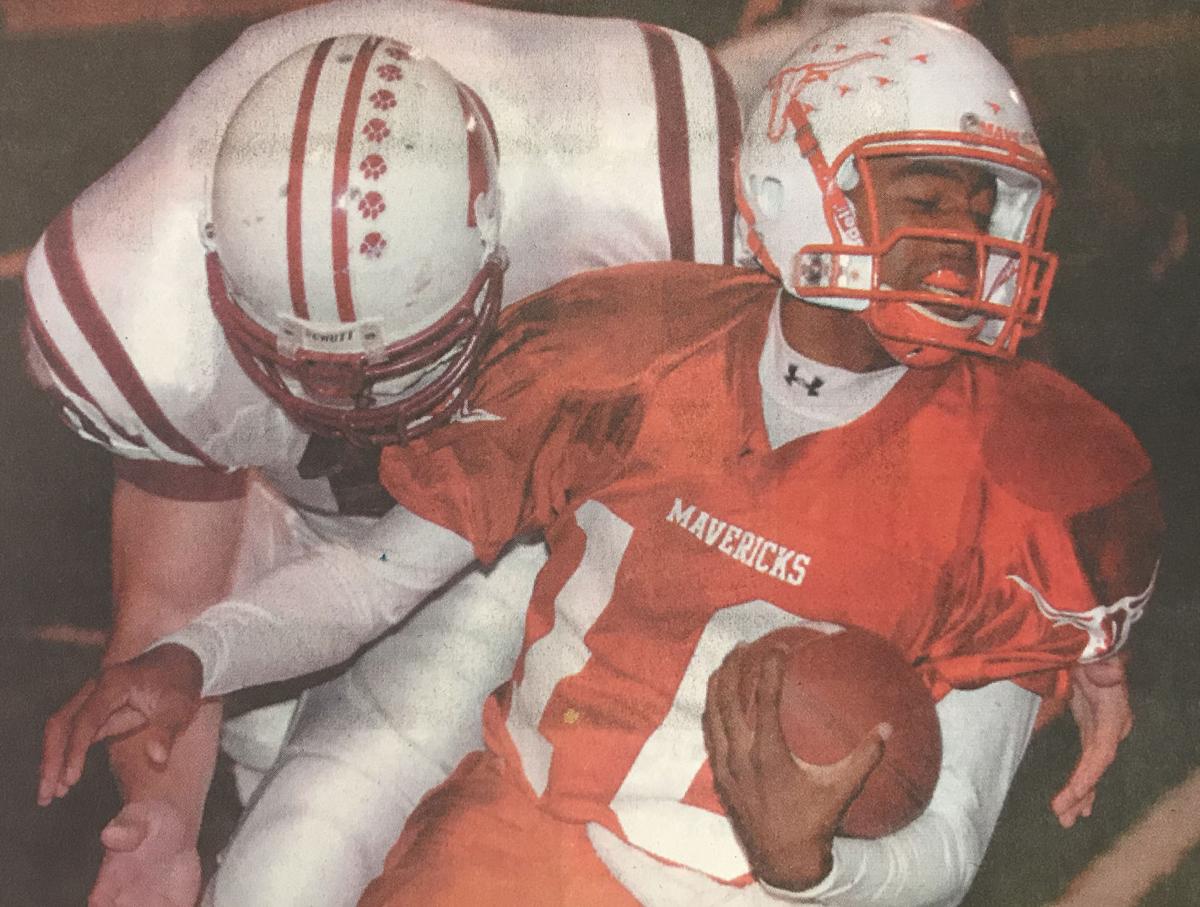 Marshall’s C.J. Byrd is pictured in the Marshall News Messenger his senior year trying to avoid a Whitehouse defender. 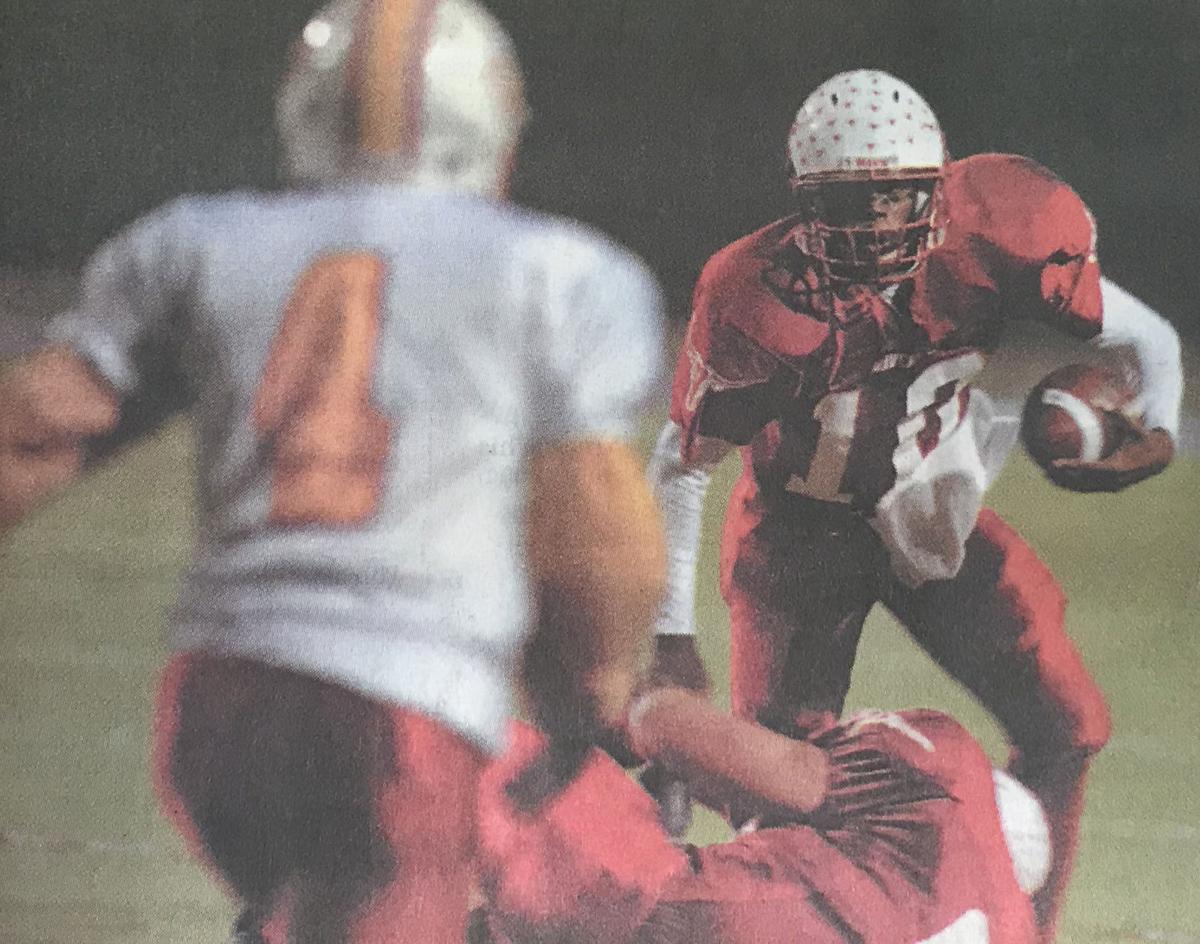 Marshall quarterback C.J. Byrd carries the ball in the playoffs against Houston Yates. 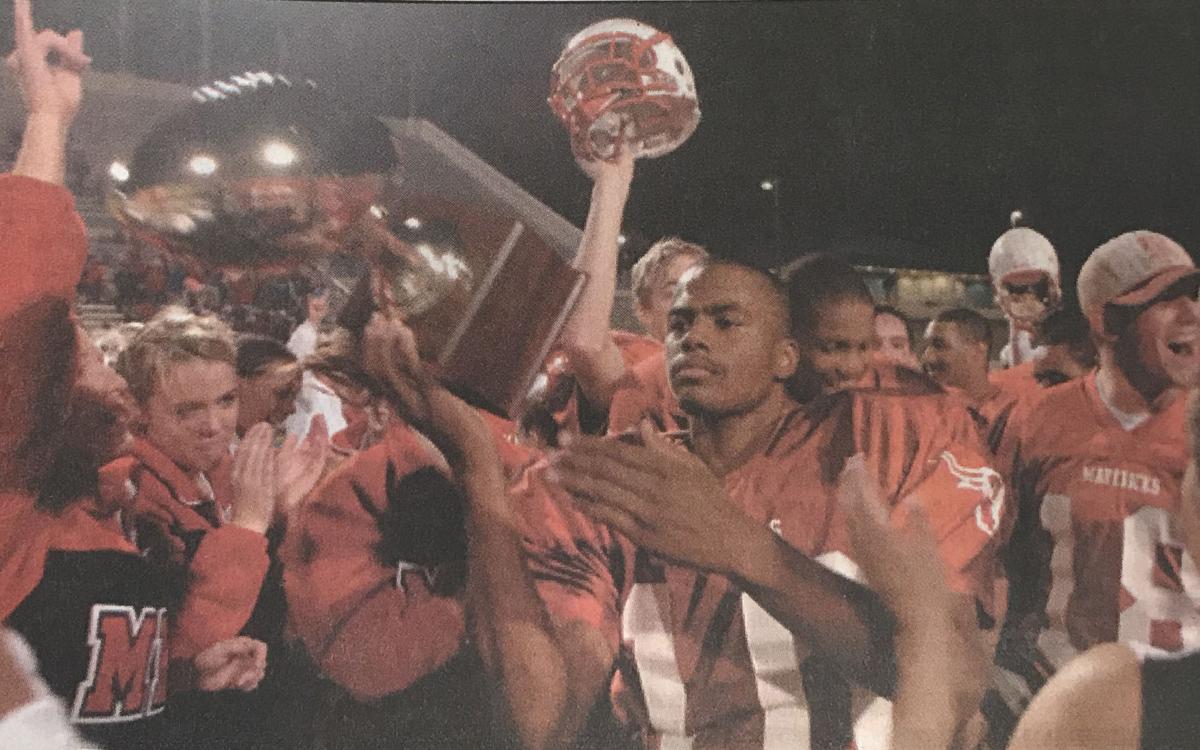 C.J. Byrd lifts the 2004 4A quarterfinals trophy after his Mavericks defeated Houston Yates 28-7 in Waco.

Marshall’s C.J. Byrd is pictured in the Marshall News Messenger his senior year trying to avoid a Whitehouse defender.

Marshall quarterback C.J. Byrd carries the ball in the playoffs against Houston Yates.

C.J. Byrd lifts the 2004 4A quarterfinals trophy after his Mavericks defeated Houston Yates 28-7 in Waco.

When Marshall hosted 7-on-7 football this past Tuesday evening, it was like walking down memory lane for Woodlawn head football coach C.J. Byrd.

“I was joking with some of my coaches and I said, ‘Man, so many memories are flooding back to me,’” Byrd said.

One memory that stands out from his playing days at Marshall occurred his junior year when his Mavericks took on Ouachita out of Monroe, Louisiana.

“We were down a couple scores and we came back and won that game,” Byrd recalls. “That was probably my second or third start as a varsity quarterback. That’s a huge memory for me. It let me know that as long as we continue to fight, we can beat any team that’s in front of us.

Byrd graduated from Marshall High School in 2005. From there, he continued his playing days at Southern University in Baton Rouge as the team’s quarterback. He earned a business degree and after college, got away from football for a while but the desire to get back to the game burned within him.

“It was probably about three years after I graduated (that he started coaching),” Byrd explained. “I was working in sales. I was selling mattresses. I sold insurance. Then I actually started working in workers’ comp and it just wasn’t doing it for me. I was fortunate enough to have met a guy by the name of ‘Johnny Duncan,’ who was working with me while I was doing workers’ comp work. He was like, ‘Man, sitting in this office isn’t for me.’ We’d always talk about football and he said, ‘If I ever get the opportunity to be a football coach, I’m going to give you a call.’ Maybe half a year later, he left the job and got back into the school system and he actually became a head football coach. He called me and was like, ‘C.J. do you want to come coach?’ I said, ‘Sure, why not?’ He gave me my first opportunity and I’ve been rolling with it ever since. Lord have mercy, it’s been a huge blessing.”

Byrd said there are several rewarding factors in coaching.

“One is to see a kid and see the light bulb turn on, to see him get it, to see, ‘OK, I understand why coach is so hard on me. I understand why we do what we do. I understand now,’” Byrd offered. “I’ve always been at inner city schools, so to see a kid make it out of the hood and get to the next level and play college ball, that’s always been rewarding. I’ve had kids say, ‘Hey coach, I’m going to be the first in my family to graduate from high school.’ That’s been something that’s been very rewarding for me as well. Just to have a part in the lives of these young men, to have them understand they can have success in so many different areas and that you don’t have to think, ‘Oh, I have to make it to the NFL to be successful,’ or ‘I have to make it to the NBA,’ or ‘I have to be a rapper.’ You can be successful at anything you do. You just have to put your mind to it and overcome adversity. You have to have the willpower to do whatever it is you want to do.

“I tell my kids all that time that not everybody is going to college,” he continued. “College is not for everybody. I say, ‘but if you want to go to college and you want to have a degree, then we’re going to make sure you do that,’ but I give just as much attention to the ones who want to be a welder or who want to go drive trucks or want to run their own business. I pour in equally to all of them because you can’t look at success as a dollar amount. People look at success as, ‘You’ve got to have this car or this house.’ We’re not all going to be able to have that house or that car. We’re not all going to have a $100,000-paying job but just because you don’t have those things, that doesn’t mean you’re not successful. As long as you’re a productive member of society, raise your kids the best you can, give the kids stuff you weren’t able to have and create a legacy that’s going to be positive in life, that’s what I look for and that’s what I try to impart to my kids.”

This past Tuesday night, as Byrd watched his Knights compete, he said he saw a lot of improvement from the previous week.

“The first Tuesday at Carthage, I didn’t expect a lot from them,” he said. “Now last Tuesday when we played at Marshall, I thought we took a bunch of steps forward. I tell the kids all the time that I’m not worried about wins and losses in 7-on-7 because in 7-on-7, you’re missing the five front linemen on offense and those defensive linemen, so I’m not worried about wins and losses. I’m more worried about execution and the understanding of the game and making sure we overcome adversity.”

Byrd took over as head coach of the Shreveport school in late April and said as coach, he still uses lessons he learned from suiting up with the Mavericks.

“Overcoming adversity,” he said when asked what playing football at Marshall taught him. “Football has so many parallels to life, it’s been ridiculous. Some of those lessons I’ve learned from my high school coaches, I still implement today, even running my own program now. I learned so much from them. I keep in contact with a lot of them even to this day. I would have to say overcoming adversity and not giving up would probably be the two biggest takeaways I got from football, especially from high school football until now.”

Even though he hasn’t lived in Marshall for several years, Byrd said he’s not about to forget his roots and the community support.

As he prepares for his first year as Woodlawn head coach, Byrd has high expectations for his Knights in 2019.

■ Editor’s Note: This is the third installment of an occasional series. Please send topic suggestions to nhague@marshallnewsmessenger.com